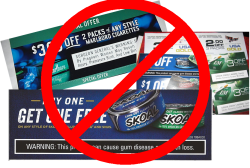 For the second time, a federal judge has determined that local laws to prevent the tobacco industry from offering discounts on cigarettes are not a violation of First Amendment rights. New York City’s new law that banned the redemption of coupons, multipack discounts, and lower prices on other goods when purchased with tobacco was upheld yesterday in a U.S. District Court. A similar ordinance in Providence, RI was upheld by a federal court in 2012.

This decision is a huge victory for New York City and a huge win for public health. New York State has the highest cigarette tax in the nation, and witnessed a significant decrease in the smoking rate as a result. This positive health benefit of the higher tax is being compromised by the tobacco industry’s counter move to offer deep price discounts on cigarettes. By making their products less expensive, the industry can keep them more affordable, especially to young people who are particularly price-sensitive.

New York City and Providence have fought the fight and landed on solid constitutional ground, paving the way for other communities to follow suit. Will the Capital District be next? 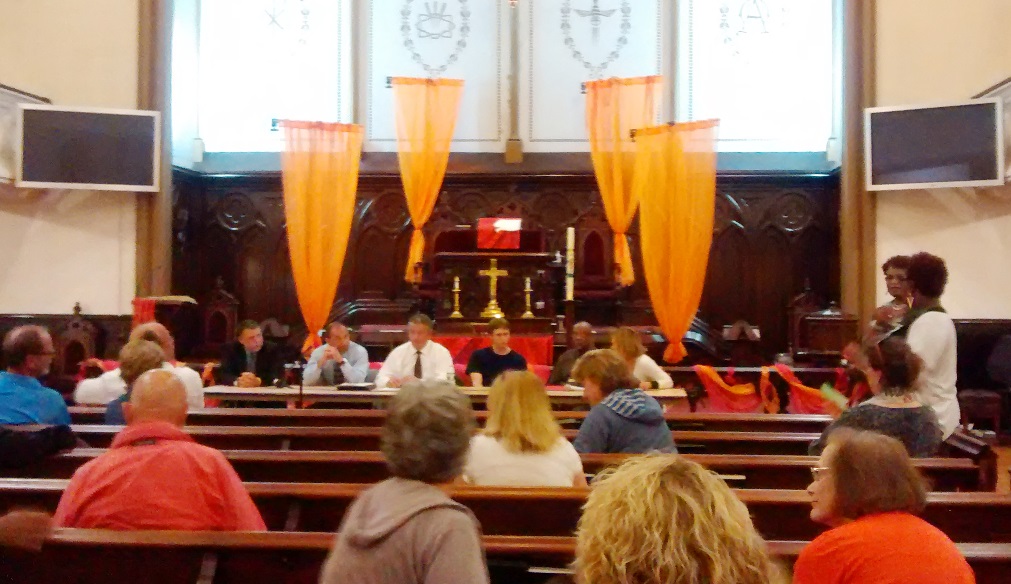 Thanks to the efforts of the Troy Drug-Free Community Coalition, more than forty people turned out last night to participate in a community conversation about the impact of substance abuse on Troy residents and what can be done about it. Panelists included a mother whose son nearly died from his heroin addiction, people in recovery, Deputy Commissioner of Rensselaer County Department of Mental Health Lou Desso, Troy Police Chief John Tedesco, and Joe LaCoppola, Program Director at Conifer Park in Troy.

Addressing substance abuse in all its forms—tobacco, alcohol, prescription drugs, marijuana and other illicit drugs—and preventing young people from using substances is a community goal that we at the Tobacco-Free Coalition share. To learn more about preventing youth tobacco use, see what you can do here.

May is National Mental Health Month 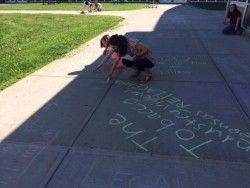 Niskayuna S.A.P.E (Students Advocating for a Positive Environment) brought attention to Big Tobacco’s deceptive marketing practices by celebrating World No Tobacco Day. In collaboration with Capital Region Reality Check, students got busy “Chalking the Walk” with tobacco-free messaging. Students wrote facts about tobacco and tobacco marketing on the sidewalk outside of their new cafeteria during lunch time to educate students and staff. Students also gave away information and RC swag prizes. Awesome event! If you missed it, you can read all about it in the Times Union.

Have YOU seen enough tobacco marketing to kids? 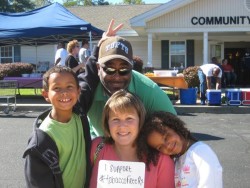 If you support protecting kids from tobacco marketing in stores and pharmacies, join the growing number of Capital District residents in our #WeveSeenEnough gallery! It’s easy! Just take a photo of yourself, your family or a group you belong to holding a sign that says “#WeveSeenEnough” (or your own personal message) and either e-mail it to info@smokefreecapital.org or post it to your favorite social media site with the hash tag #WeveSeenEnough. Be sure to include your first name and city so we can share it with your community leaders and decision-makers. Oh, and don’t forget to smile! 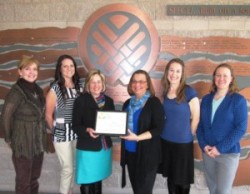 SEFCU has done an extraordinary job of creating a workplace culture of health and wellness, including making their headquarters and branch offices tobacco-free!

The College of St. Rose adopted a comprehensive tobacco-free policy to protect students, employees and visitors from the harmful effects of secondhand smoke. They did an awesome job with their policy development and implementation! See their Tobacco-Free Initiative page here! 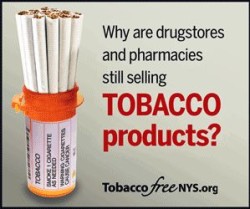 A group of attorneys general, led by Eric T. Schneiderman of New York and Mike DeWine of Ohio, urged five of the country’s largest retailers, Rite-Aid, Walgreen, Kroger, Safeway, and Walmart, to follow the lead of CVS Caremark and stop selling tobacco products in stores that have pharmacies.  Mr. Schneiderman said pharmacies and drugstores send a mixed message when they market themselves as a source for community health care and continue to sell deadly products. Read the letter here.

Kicking tobacco marketing to the curb! 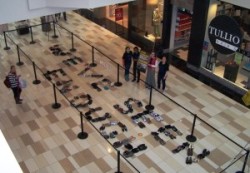 Area youth created a powerful visual display in partnership with Crossgates Mall on Kick Butts Day 2014 to bring attention to the impact of tobacco marketing on young people. With the help of community coalitions, youth groups and service organizations, we collected 245 shoes to represent the 245 young people under age 18 who become new daily smokers every week in NYS, and used those shoes to spell out “We’ve Seen Enough.” In partnership with Reality Check, we also hosted some fun activities and invited Capital Region residents to “Kick Tobacco Marketing to the Curb!” The event got lots of local media coverage including this Troy Record article.