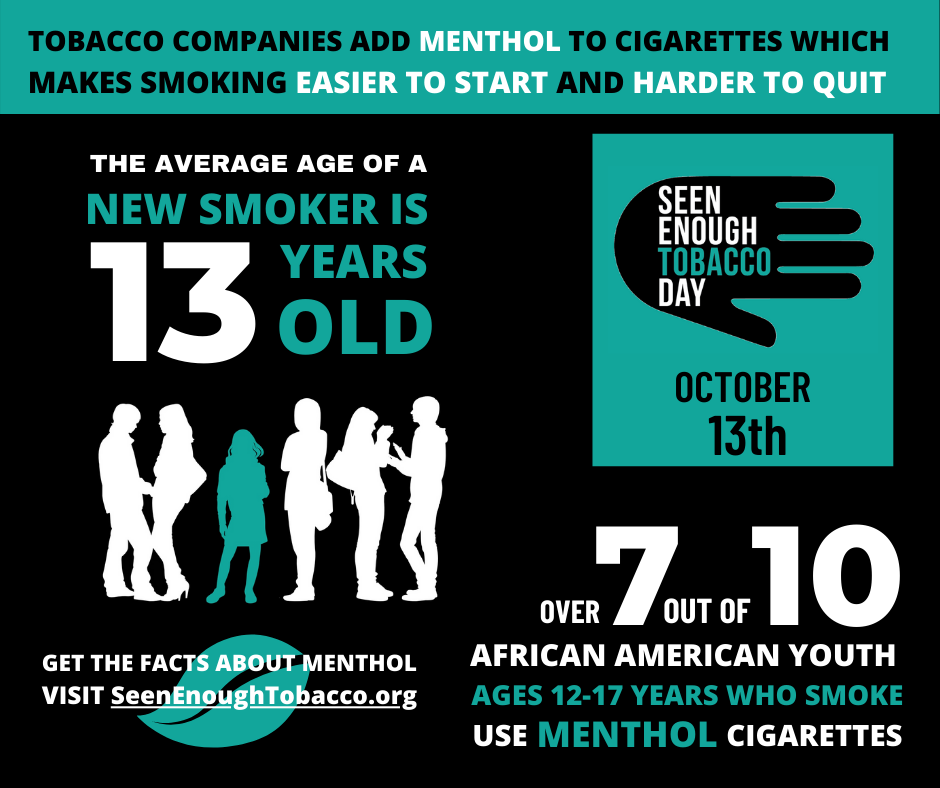 Today is #SeenEnoughTobaccoDay, which highlights the need for communities to protect children from the billions of dollars of tobacco marketing in places where kids can see it. The 13th was selected to underscore the alarming fact that the average age of a new smoker in New York is 13 years old.

While New York State’s recent ban on flavored e-cigarettes is a significant step toward reducing youth tobacco use, other flavored tobacco products, such as little cigars, chew and menthol cigarettes that are still on the market present an obstacle to decreasing tobacco use among young people and minority populations.

Menthol use among Black communities is a direct result of the tobacco industry’s marketing practices and product manipulation. Tobacco companies add menthol to make cigarettes seem less harsh and more appealing to new smokers and young people. Essentially, menthol in tobacco products, makes it easier to start and harder to quit.

Here in the Capital District, Reality Check members have provided a vital youth perspective on the impact of tobacco marketing on young people on issues ranging from the mixed message of selling tobacco in pharmacies, the importance of raising the tobacco sale age to 21 and the youth appeal of flavored tobacco products, including menthol.  Their education contributed to local and state adoption of Tobacco-Free Pharmacies, Tobacco 21 and a statewide ban on the sale of flavored e-cigarettes.