In February 2017, CDTFC issued a report: Addressing Tobacco Use Health Inequities in the City of Albany.  The report highlights the striking disparities in tobacco use and marketing in low-income neighborhoods in the City of Albany. As you can see in the graph below, the number of tobacco retailers per 1000 people is nearly ten times greater in ZIP code 12207 (Downtown Albany) with a poverty rate of 65.6 percent than in ZIP code 12054 (Delmar) with a poverty rate of 3.2 percent. 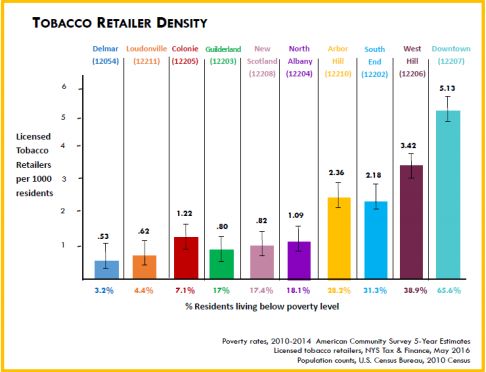 The report exposes tobacco marketing as a primary reason that low-income people smoke at higher rates and suffer more severe health consequences than their higher-income counterparts.  The findings from a series of community conversations held with Arbor Hill, South End, West Hill and Downtown Albany residents shows strong support for evidence-based strategies that would reduce tobacco marketing in low-income neighborhoods.

The full report is available here.
The press release issued at time the report was issued can be viewed here.

Google mapping of licensed tobacco retailers (LTRs) in Schenectady County also identified increased density in low-income neighborhoods. For example, ZIP code 12307 with the highest poverty rate (51.8%) had 3 licensed tobacco retailers for every 1000 people as compared to ZIP code 12309 with a 4.7% poverty rate and only 0.4 LTRs/1000 people. A child is more likely to come across a store that sells tobacco than a library or a playground, as illustrated in the map below. 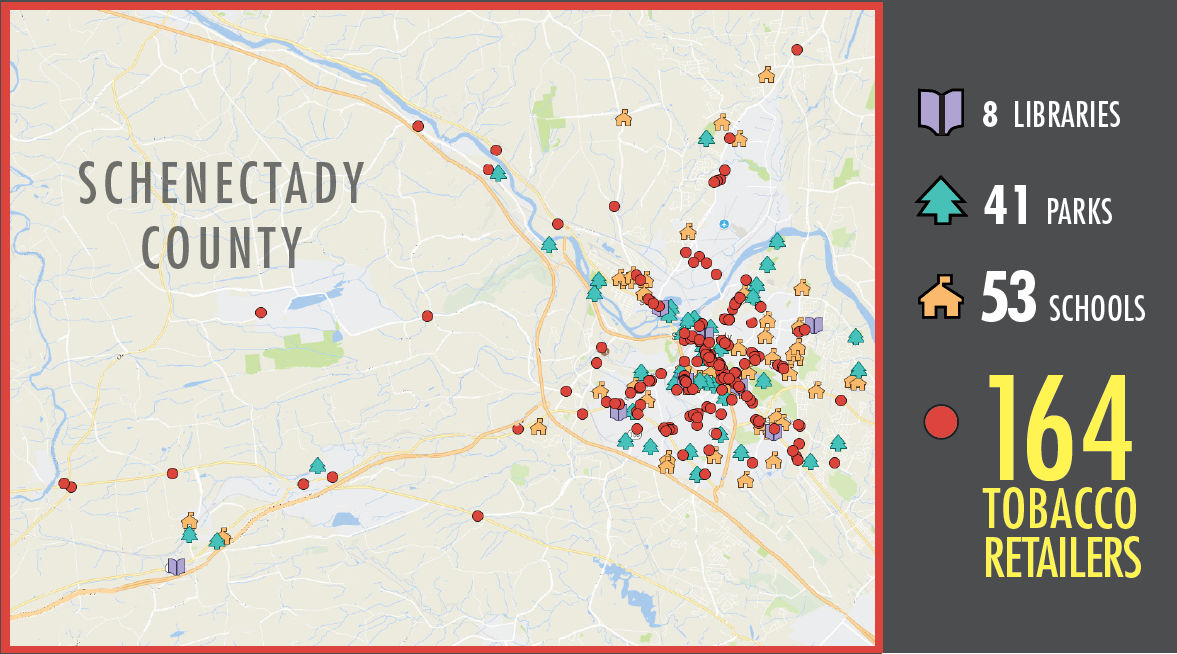 If you visit the interactive map here, you can also see the significant number of LTRs that are within walking distance of schools.

Similarly in Rensselaer County, there is a proliferation of licensed tobacco retailers in the Cities of Troy and Rensselaer, many of which are in close proximity to schools. The interactive map is available here. 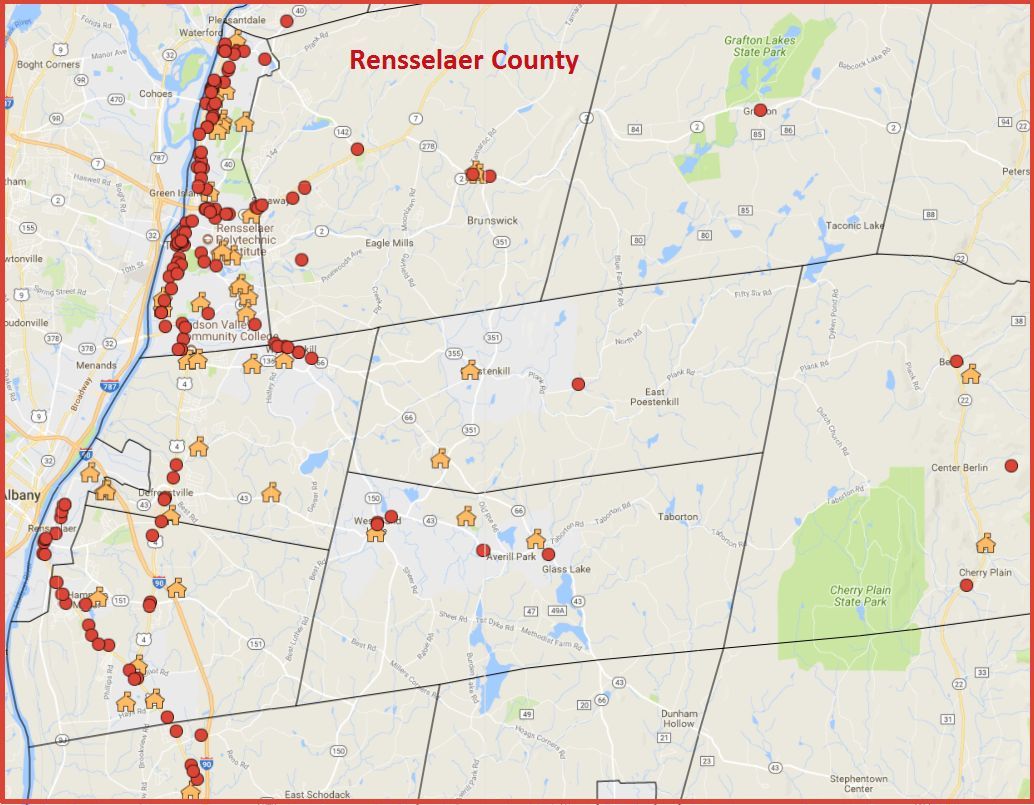