Theresa Zubretsky, Community Engagement Coordinator here at Capital District Tobacco-Free Communities, was interviewed by Spectrum News earlier this week.  She discussed the ongoing process of trying to keep e-cigarettes away from youth. Here’s an excerpt from the interview. 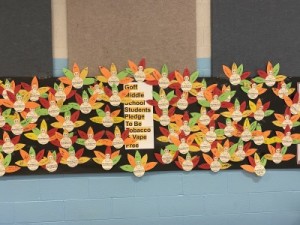 On Thursday Nov. 21, 2019 and Friday Nov. 22, 2019, CDTFC partnered with SADD Clubs at Columbia High School and Goff Middle School for this year’s  Great American Smokeout. Historically, the event encourages people to quit smoking for a day. This year, we encouraged students to go tobacco and e-cigarette free.  Thank you to Alyssa Evans and her SADD club students for partnering with us! Check out some photos from the events below. 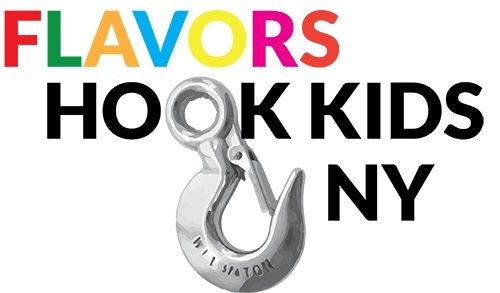 Despite a vote of 18 in favor and 17 opposed (1 abstention), Albany County’s proposed law to restrict the sale of all flavored tobacco products did not pass at last night’s meeting of the Legislature. Three legislators were not present for the vote. Thanks to all who contributed to the local effort to educate legislators about the problem of youth tobacco use and the youth vaping epidemic. We will continue to provide decision-makers and their constituents with accurate and up-to-date information and to promote solutions that reduce youth appeal, accessibility and affordability of all tobacco products. 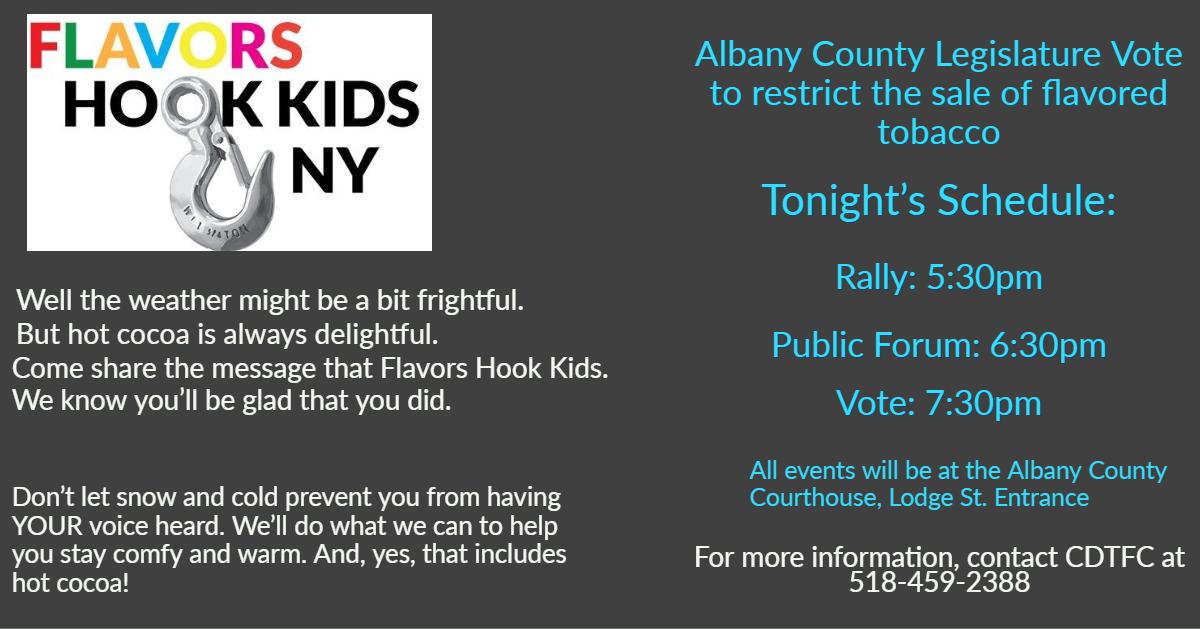 Well the weather might be a bit frightful. But hot cocoa is always delightful. Come share the message that #FlavorsHookKids. We know you’ll be glad that you did.

We get it, its cold out, and we want to make sure you are comfy and warm during tonight’s Albany County Legislature​ Vote on restricting the sale of tobacco products.

The rally begins at 5:30pm, Public Hearing starts at 6:30pm and the Vote will begin at 7:30pm at the Albany County Courthouse (Lodge St. Entrance). And yes, there will be hot cocoa. Contact us for more information. 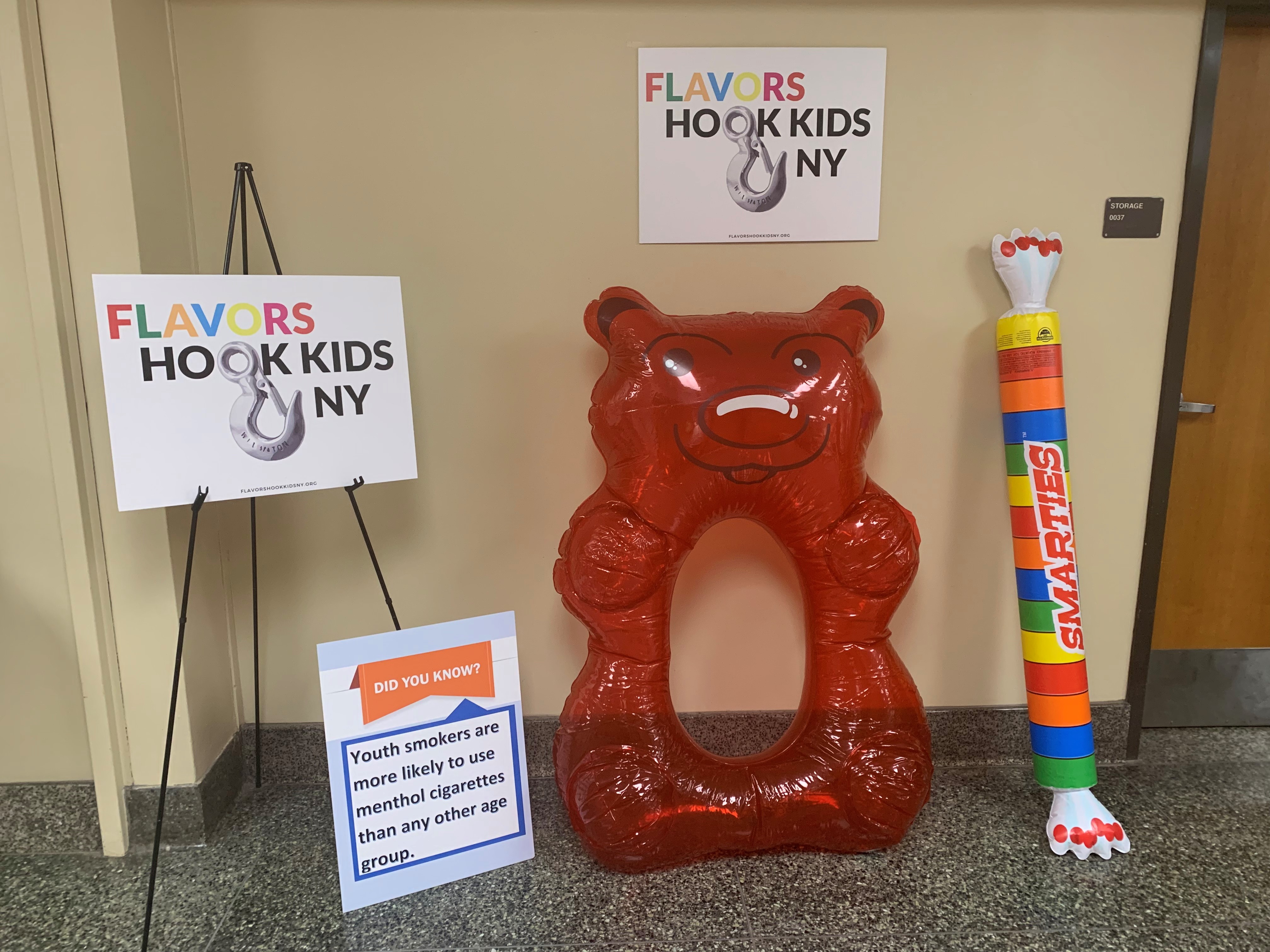 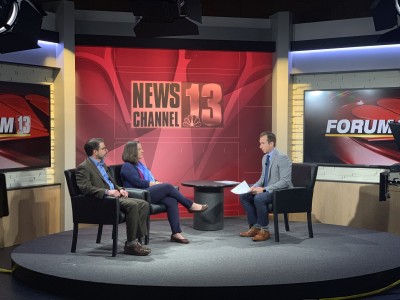 Watch the entire Forum 13 interview, which aired on October 6, 2019, here or below: VAPING DANGERS | WNYT.com 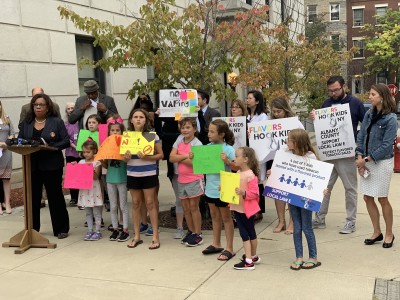 On September 24, Albany County residents and national experts from the African American Tobacco Control Leadership Council joined forces to let lawmakers know how tobacco use contributes to health disparities. National experts, Drs. Phil Gardiner and Valerie Yerger, along with Albany NAACP President Debora Brown-Johnson highlighted the predatory practices of the tobacco industry in aggressively marketing menthol-flavored tobacco in African American communities. As a result, African American smokers are 3x as likely to smoke menthol as white smokers. Because menthol makes it easier for people (especially youth) to start and harder for them to quit, the health consequences for people of color who smoke is disproportionately high.

The public hearing will be held in the Legislative Chambers, Albany County Courthouse, 2nd Floor, Eagle

Commentary: E-cigs aren’t as safe as industry wants you to think – Times Union.